※Saudi Arabia Is First Country to Give Citizenship to Robot /November 05, 2017

Company Aims to Produce Thousands of Humanoid Robots in 2021 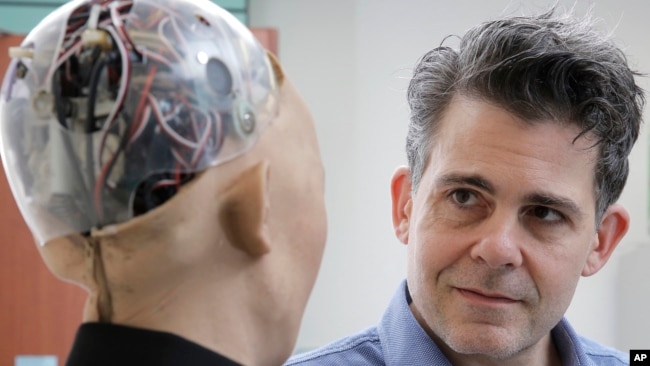 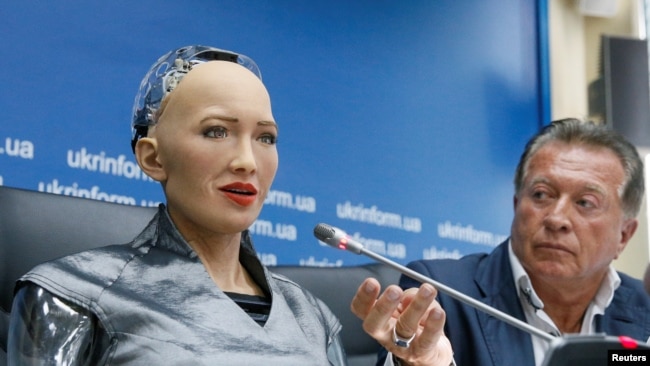 Hanson AI develops cognitive architecture and AI-based tools that enable our robots to simulate human personalities, have meaningful interactions with people and evolve from those interactions. Our team of renowned AI scientists conducts advanced research to build the most compelling robotics and AI platform for research, media, and service applications.

Being Sophia is about Sophia’s emerging life, adventures, experiences, and quest to learn and develop into a super-intelligent, benevolent being. Join her as she embarks on her adventures and incredible journey of becoming a conscious, living machine.

Company Aims to Produce Thousands of Humanoid Robots in 2021 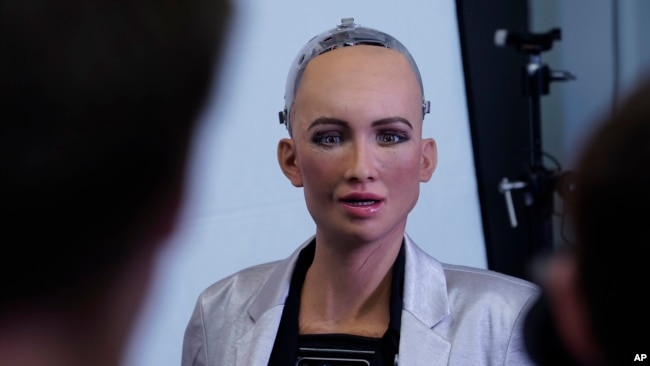 In this image released on Monday, Aug. 6, 2018, Sophia, a humanoid robot developed by Hanson Robotics, will welcome visitors to the new.New Festival in Stuttgart taking place on October 8-10 at the Hanns-Martin-Schleyer-Halle. (Hanson Robotics Limited/COD

A Hong Kong-based robotics company says it plans to mass produce thousands of humanoid robots in 2021.

Hanson Robotics says four different humanoid models will start leaving factories during the first half of the year. One of the four is a robot named Sophia, which has received worldwide attention in recent years for looking and speaking in a very human-like way.

The company’s founder and CEO, David Hanson, told Reuters the COVID-19 pandemic has increased demand for robots designed to assist and engage with humans. “The world of COVID-19 is going to need more and more automation to keep people safe.”

He noted that in the past, many of the company’s robots were built by hand. But now, Hanson Robotics is beginning to expand its manufacturing operations.

Hanson said there are currently 24 models of Sophia, which will be used as a basis for creating “many other kinds” of models. While not providing an exact number, Hanson said the company aims to sell “thousands” of robots by the end of 2021.

The company says it plans to market its humanoid robots as helpful assistants in the healthcare field. For example, they can be used to take temperature readings to identify possible sickness or perform physical exercises with older people.

Such “social robots” are powered by machine learning methods and artificial intelligence (AI). They use cameras and sensors to recognize human faces and activities. The robots are built with tools to help them develop their own form of social and emotional intelligence over time.

social and emotional intelligence over time.

During a demonstration at the company’s lab, one of the Sophia models identified some of the activities it could assist humans with.

During a demonstration at the company’s lab, one of the Sophia models identified some of the activities it could assist humans with.

“Social robots like me can help take care of the sick or elderly in many kinds of healthcare and medical uses.”

Hanson said he believes robotic solutions to the pandemic are not limited to healthcare. He said the company’s robots are so human-like, they could also serve the public in retail settings or in the airline industry.

The humanoids “can be so useful during these times where people are terribly lonely and socially isolated,” Hanson said.

“I can help communicate, give therapy and provide social stimulation, even in difficult situations.”

Johan Hoorn is a social robotics professor at Hong Kong’s Polytechnic University. His research has included work on Sophia. He said that, although the technology is still developing, the pandemic could speed up relationships between robots and humans.

“I can infer the pandemic will actually help us get robots earlier in the market because people (will) start to realize that there is no other way,” Hoorn said.

Products from other major developers in the industry are helping fight the pandemic as well. SoftBank Robotics’ humanoid robot Pepper was deployed in Europe to identify people who were not wearing face coverings. In China, robotics company CloudMinds helped set up a robot-run field hospital for COVID-19 patients in Wuhan.

The use of robots was already on the rise before the pandemic. The International Federation of Robotics said in a report last year that worldwide sales of professional-service robots had jumped 32 percent between 2018 and 2019.

engage – v. to get and keep someone’s attention, interest, etc.

automate – v. to use machines and computers instead of people to do work

artificial intelligence – n. the power of a machine to copy intelligent human behavior

retail – n. the activity of selling products to the public in shops and on the internet

isolate – v. to put or keep (someone or something) in a place or situation that is separate from others

therapy – n. treatment for a physical or psychological condition

stimulation – n. the act of making some feel interested and excited

infer – v. to guess that something is true because of information that you have