Can New Variants of the Coronavirus Keep Appearing?

The U.S. Centers for Disease Control and Prevention 米国疾病予防管理センターは、デルタ型のウイルスは、初期のバージョンのウイルスに比べて２倍の速さで広がることを発見しました。 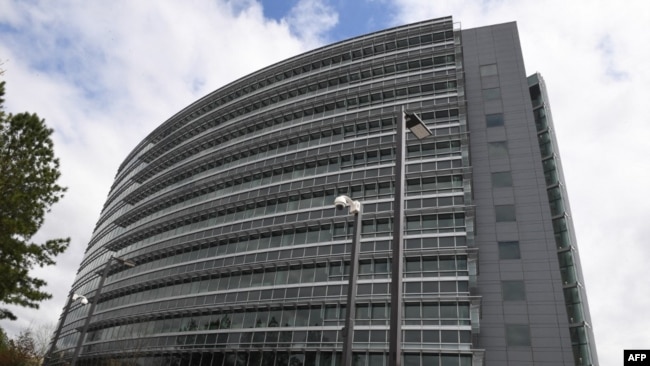 Can New Variants of the Coronavirus Keep Appearing?（原文） 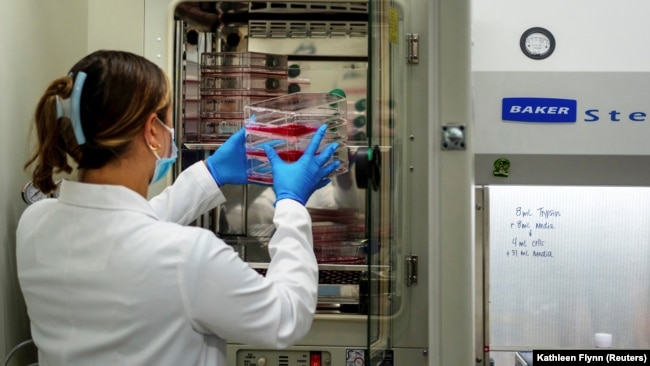 FILE - Technician Sarah Scheuermann at the Tulane National Primate Research Center, in Covington, Louisiana, U.S. It is one of the centers that have changed their efforts to studying the coronavirus, May 10, 2021. (REUTERS/Kathleen Flynn)

New variants of the coronavirus can keep appearing as long as the virus that caused the COVID-19 pandemic keeps infecting people. But that does not mean they will be more dangerous.

With more than half of the world still not vaccinated, the virus will likely keep finding people to infect. It will then create copies of itself for several months or years to come. And each time a virus makes a copy of itself, a small mutation could happen. Those changes could help the virus survive and become new variants.

Andrew Read is a virus expert at Pennsylvania State University. He said when a virus infects a new body, it needs to change itself to agree with the body so it can spread more widely.

The U.S. Centers for Disease Control and Prevention has found that the Delta variant can spread two times faster than earlier versions of the virus.

Dr. Adam Lauring is a virus and infectious disease expert at the University of Michigan. He said while the virus could still mutate to become more infectious, it probably would not double the rate it can spread again. Lauring added, “there is not an infinite number of things it can do.”

It is possible that the virus could become deadlier. But experts believe it is not likely to happen. Extremely sick people are also less likely to socialize and spread the virus to others.

Experts are now watching to see if new variants could be better at avoiding the protection people gain from vaccination and infections.

Dr. Joshua Schiffer is a virus expert at the Fred Hutchinson Cancer Research Center in Seattle, Washington. He said as more people get the shots, the virus would have to spread through people who have some defense against the virus, or immunity, for it to survive.

“The virus could take on a mutation that makes the immune response less effective,” he said.

If that happens, scientists may suggest that vaccines be changed with new information to fight appearing variants. It would be like how shots for the flu, another virus, are changed every year.

variant – n. something that is different in some way from others of the same kind

mutate – v. to cause (a gene) to change and create an unusual characteristic in a plant or animal

infinite – adj. having no limits

response – n. something that is done as a reaction to something else

１  ”But experts believe it is not likely to happen. ”

２    ”Extremely sick people are also less likely to socialize and spread the virus to others.”

I believe it's not likely to happen.

He is less likely to make a mistake.