And think this deeply!! 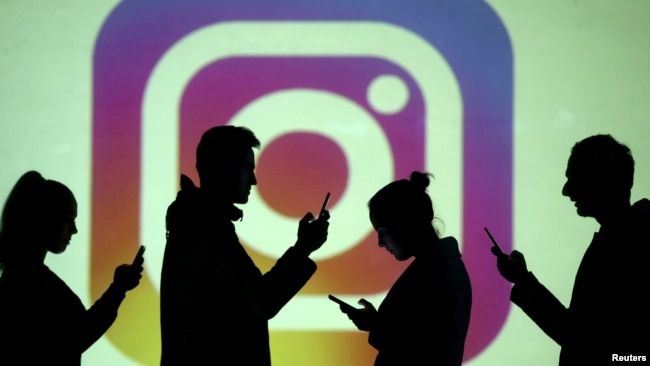 In this file photo, silhouettes of mobile users are seen next to a screen projection of the Instagram logo in this picture illustration taken March 28, 2018. (REUTERS/Dado Ruvic/Illustration/File Photo)

Instagram has announced tools it says are designed to keep young users safe and help them limit time spent on the picture-sharing service.

The announcement came the day before the head of Instagram, Adam Mosseri, appeared before American lawmakers to discuss measures to protect children online.

Meta has been under increasing pressure from governments in several parts of the world to improve its safety and privacy policies to protect young users. In October, a former Facebook employee accused the company of ignoring research that suggested Instagram could cause body-image issues and harm the mental health of users, especially girls and young women.

Mosseri described the new tools in an online post this week. He said one change is that Instagram would aim to be “stricter” about the kinds of content it suggests to young people.

In general, social media networks such as Facebook and Instagram are designed to offer and suggest content that users have shown interest in. This is a way to keep users coming back and staying online for longer periods.

But Mosseri said Instagram plans to launch a new feature that will suggest that users move on to something else if they have been staying on one subject for a long time. This feature is still being developed and tested.

Staying centered on one subject for a long period can cause users to make unhealthy social comparisons, said Phillippa Diedrichs. She is a professor of psychology at Britain’s University of West England in Bristol. She has been working with Instagram to find ways to improve the Instagram experience for young users.

Diedrichs said suggesting to users to move on to another subject has “been studied as a way to improve users’ experiences online without compromising their freedom and personal choice.

Another tool is called “Take A Break.” This feature sends a message to people who have been using Instagram for an extended period to consider taking a break from the service. In addition to the messages, young users will be urged to set their own reminders to take more breaks going forward.

“Take a Break” is already live for Instagram users in the United States, Britain, Ireland, Canada, Australia and New Zealand. Instagram plans to launch the tool in the rest of the world early next year.

Mosseri said Instagram was also turning off the ability for people to “tag,” or mention young people who do not follow them on the service. And starting in January, young Instagram users will be able to easily remove all photo and video content at once, as well as any past likes and comments.

Instagram says next March it will launch its first tools designed to give parents advice on how to discuss social media use with their children. The tools will let parents see how much time their children spend on the service and permit them to set usage limits.

Republican Senator Marsha Blackburn criticized the company's new offerings as "hollow." She said she sees the moves as an attempt by the company to turn attention away from past mistakes "by rolling out parental guides, use timers, and content control features that consumers should have had all along."

An Instagram spokeswoman said the service plans to continue its delay on the development of a planned child version of the service. The company suspended its plans for that project in September after facing intense criticism from major child rights groups as well as U.S. lawmakers.

feature – n. a typical quality or important part of something

psychology – n. the study of the human mind and feelings

compromise – v. to agree to something that is not exactly what you want

remind – v. to make someone remember something or remember to do something

mention – v. to briefly speak or write about something or someone

hollow – adj. having a hole or empty space inside

consumer – n. someone who buys or uses goods or services