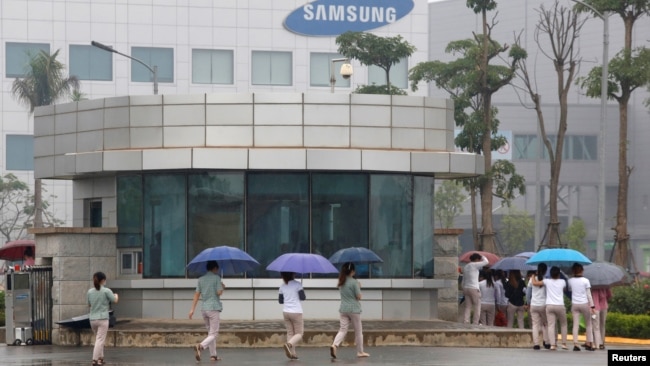 Companies across the world are re-examining their sources for many kinds of goods because of supply issues linked to the COVID-19 pandemic.

Many businesses – from multinational clothing makers to electronics manufacturers – are considering other countries for imports as they move away from China.

China was hit hard by the pandemic and the government established a “zero-COVID” policy. This led to widespread problems in the worldwide supply chain.

Jayant Menon is a visiting representative with the ISEAS-Yusof Ishak Institute’s Regional Economic Studies Program in Singapore. He told VOA that since the pandemic, China’s traditional role as the world’s factory will be reduced. American and European multinational companies will now be looking for parts, labor, and factory processes elsewhere.

Menon said, “Countries like China that mismanage COVID will suffer greatly.” He said that is because their “zero COVID” efforts have caused major problems for supply chains.

Nations such as Vietnam and Thailand were already taking business from China before 2020. This was largely linked to rising Chinese labor costs and higher taxes that resulted from a trade dispute between China and the United States.

Menon said, “I think Southeast Asia will clearly be a beneficiary of all this reconfiguration taking place.” He said countries like Vietnam, and to a lesser degree Thailand and Malaysia, “have already seen gains from restructuring of supply chains.”

Menon added that Vietnam has a lead because of its skilled workforce, pro-business reforms, and a network of free trade agreements. Electronics companies Samsung and Intel both operate in Vietnam, as do foreign-invested car factories.

Rajiv Biswas is an economist with S&P Global Market Intelligence in Singapore. He told VOA that multinationals are likely to expand industrial abilities, or capacity, in multiple places. But, they are expected to stay in China for its market of a billion-plus people.

Biswas said, “They will still continue producing in China, but they will create additional production capacity in other hubs.”

In Latin America, especially its industrial hub of Mexico, products have been selling to the all-important U.S. market. Mexico is expected to keep benefitting from a process called near-shoring. This is based on the idea that since Mexico and the U.S. have a common time zone and similar culture and languages, it is easier for American businesses to do business there than in other places.

Evan Ellis is a professor of Latin American studies at the U.S. Army War College Strategic Studies Institute. He said Brazil makes sense as a place to do business for companies in need of the country’s natural resources.

Ellis said Brazil can also be a good market for companies selling cars. This is because the country has a market of 212 million people, many of whom live in middle-class cities. Ellis noted, however, that costs and local laws can cause difficulties for investors in Brazil.

source – n. where something comes from

supply chain – n. the systems and organization involved from manufacturing a product to providing it to a buyer

role – n. the job someone or something has in a particular situation

mismanage – v. to manage or control (something) badly

beneficiary – n. someone or something that benefits from something

configure – v. to arrange or prepare (something) so that it can be used

hub – n. the central and most active part or place

benefit – v. to be helped by something