Let's go to the Journey to the faraway Universe !!! 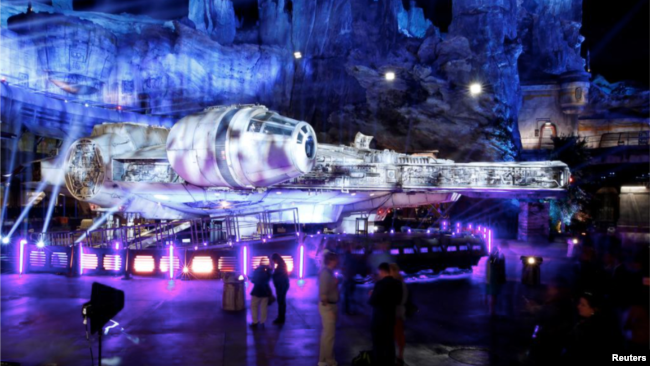 n science fiction movies, there are many examples of spaceships racing through space at the speed of light or faster. But is faster-than-light travel possible?

A new research paper written by an American physicist has proposed a theory for how faster-than-light travel could be possible. The research was carried out by Erik Lentz, who did the work at Germany’s University of Goettingen.

Lentz and his team believe that travel to distant stars and planets could be possible in the future. But this can happen only if space vehicles travel faster than the speed of light.

Light can travel at about 300,000 kilometers in one second. Physicist Albert Einstein’s famous theory of relativity suggests that it is not possible to travel faster than light.

As a result, the latest research on the subject has centered on theories beyond normal explanations of matter. They call for “hypothetical particles” and states of matter with unusual physical properties to permit faster-than-light travel.

This kind of matter either cannot be found or cannot be manufactured in necessary amounts, the paper states. The new paper places more importance not on theoretical research, but on a possible engineering solution.

The research describes a plan to permit superfast travel by creating a series of, what the researchers call, solitons to provide the basis for a powerful propulsion system. A soliton is a compact wave that keeps its speed and shape while moving with little loss of energy.

The research suggests that such a method could permit travel at any speed. The results recently appeared in the publication Classical and Quantum Gravity.

The method “uses the very structure of space and time arranged in a soliton to provide a solution to faster-than-light travel,” said a press release explaining the process.

Lentz told Reuters news agency that such a “warp drive” technology could be used to sharply reduce travel times. That could make future travel to distant space objects possible.

The nearest star beyond our solar system is Proxima Centauri. It is about 4.25 light years away. A light year is the distance it takes light to travel in one year.

Lentz said that using traditional rocket fuel, it would take about 50,000 to 70,000 years to reach Proxima Centauri. A trip using nuclear propulsion technology would take about 100 years, he said. But a light speed trip would take only four years and three months, Lentz added.

The researchers’ plan promises the hope of faster-than-light-speed travel, which could lead to “distant interstellar travel within a human lifetime.”

Lentz said a lot of work will be needed to make the method become a reality. To be useful, it would require lowering the energy needed down to the level of modern nuclear power reactors. A way to develop and speed up the solitons must also be created, he added.

Lentz sees the research and development process as difficult, but not impossible. He said additional steps could happen over the next several years, with a fully operational version possible within the next 10 years.

He added that the first truly light speed trips could be tested in the years afterward. “I would like to see this technology in use in my lifetime,” Lentz said.

hypothetical – adj. involving or based on a suggested idea or theory; based on a hypothesis

propulsion – n. a force that moves something forward

compact – adj. smaller than other things of the same kind

arrange – adj. organized in a certain order or position

warp – adj. related to speed that is extremely fast, even faster than light, usually found in works of science fiction

interstellar – adj. between the stars

prototype – n. a first model of something that serves as the basis for future developments

Lentz sees the research and development process as difficult, but not impossible. He said additional steps could happen over the next several years, with a fully operational version possible within the next 10 years.

He added that the first truly light speed trips could be tested in the years afterward.

over the next several years ：今後数年間で

in the years afterward.    ：その後数年のうちに