West to cut some Russian banks off from Swift

West to cut some Russian banks off from Swift 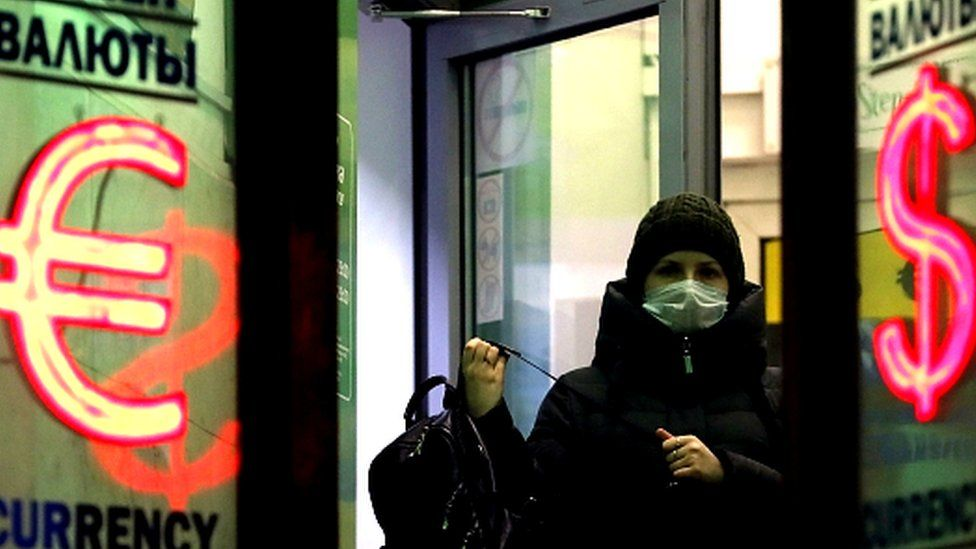 The EU, US and their allies have agreed to cut off a number of Russian banks from the main international payment system, Swift.

The assets of Russia's central bank will also be frozen, limiting Russia's ability to access its overseas reserves.

The intention is to "further isolate Russia from the international financial system", a joint statement said.

Russia is heavily reliant on the Swift system for its key oil and gas exports.

The joint sanctions are the harshest measures imposed to date on Russia over its invasion of Ukraine.

Based in Belgium, it facilitates transactions between more than 11,000 banks and financial institutions across the globe.

It plays a pivotal role in supporting the global economy but has no authority to make sanction decisions itself.

The banks affected are "all those already sanctioned by the international community, as well as other institutions, if necessary", the German spokesman said.

Removing banks from Swift is deemed to be a severe curb because almost all banks use the system.

The measures were agreed by the US, UK, Europe and Canada.